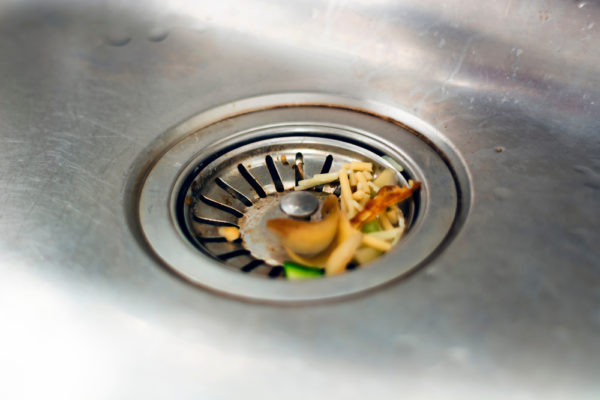 Clean the Part of the Garbage Disposal You can See

Though cleaning the visible part of the garbage disposal might not eliminate all of the odor, it just might be enough to prevent those standing near the disposal from feeling nauseous. Apply a considerable amount of dish-washing soap to a scrubbing brush or a dish wand. Thoroughly scrub the portion of the garbage disposal you can see. It is particularly important to scrub the area of the garbage disposal where the rim connects to the sink basin. Food particles and other gunk can easily become trapped within this connecting joint. In fact, there is a good chance this part of your garbage disposal is laden with mold that is harmful to human health and also quite odorous.

In an ideal world, every Coral Springs homeowner would run the kitchen faucet when operating the garbage disposal. Running the water when the kitchen faucet is in operation helps the garbage disposal to eliminate all of the small pieces of food that still remain within the housing. All too often, homeowners neglect the housing, assuming it will not retain odorous particles. Soak the housing and the odor just might vanish. Here's how to do it: fill up the basin halfway with warm water. Add some vinegar or dish soap to the water. Unplug the drain after tuning on the garbage disposal so the soapy water can move through the housing and clean those tiny spaces where odorous food particles, mold and bacteria are likely to accumulate.

Slimy residue within the garbage disposal will prove quite odorous and possibly impede the movement of food particles down the drain. Dislodging this residue is easier than most assume. Our Coral Springs plumber recommends filling up an entire cup with ice cubes and pouring it into the disposal. Turn on the disposal and add half a cup of salt. The combination of salt and ice will likely grind away the residue responsible for the odor and bottle-necking within the disposal.

The Power of Citrus

Citrus fruits help keep the drain clean while simultaneously serving as a deodorizing agent. Grind up a few peels of grapefruit, lime, orange or lemon or grind the full fruit if the odor is unbearable. The refreshing citrus scent will enhance the smell of your garbage disposal as well as your entire kitchen. Fruit peels do a fantastic job of cleaning the garbage disposal's blades as well as the walls of the disposal.

Routine flushing will go a long way in preventing the odors from returning. Ideally, you will routinely flush the garbage disposal so foul odors do not have a chance to emanate in the first place. If your garbage disposal is clogged and you cannot flush it, reach out to our Coral Springs plumber for prompt assistance. If your garbage disposal is not clogged, run hot water through it for a full minute at least once per week. Such flushing will force the particles within the pipes to move on down out of the disposal and minimize or even eliminate the odor.

Erica's Plumbing and Restoration is on Your Side