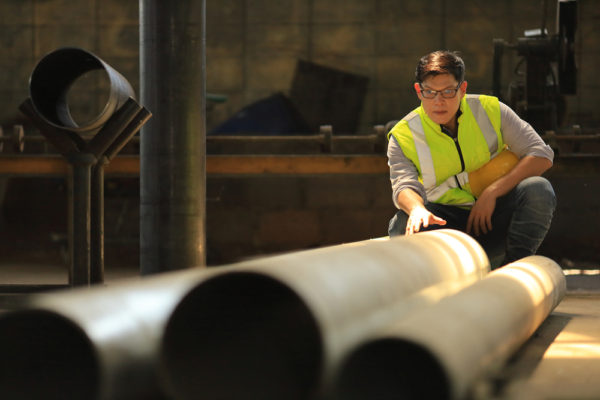 It is only a matter of time until a toilet or drains in your Coral Springs home becomes clogged. There is no reason to panic after a clog occurs. If you know how to properly use a plunger, you will likely be able to clear or at least mitigate the clog. Below, we explain exactly how to properly use a plunger to clear clogs in your Coral Springs home plumbing.

No two plungers are exactly the same. Even if two plungers available at your local store look similar, there are likely meaningful differences between them. The cup plunger also referred to as a sink plunger, is the most basic plunger on the market. This type of plunger features a rubber cap-shaped similar to a dome and a flat base. Cup plungers are optimal for tubs and sinks as the flat bottom forms a seal around the tub basin/sink.

If the toilet in your Coral Springs home is clogged, you will need a toilet plunger, also referred to as a flange plunger. Flange plungers are designed with a cup that is longer than that on the sink plunger. Toilet plungers feature an extension known as a flange along the cup bottom that is similar to a sleeve. The flange is designed to fit right into the hole within the toilet bowl to form a strong seal. The flange can even fold upwards into the cup to permit the use of the plunger on a sink or tub. Do not attempt to clear a toilet clog with a cup plunger as it will prove ineffective. The only chance you have of clearing a clogged toilet is to use a toilet plunger.

Most people end up with a clogged toilet that creates quite the drama. Though this is certainly a pressing concern, there is no reason to panic. The proper response is to remain calm, make a beeline for your toilet plunger and get to work. Start out by making sure there is water within the toilet bowl. The water should submerge the plunger head. At the very least, there should be enough water to cover the plunger cup's rim. If anything is floating in the toilet bowl, do not let it stop you from performing the plunging. If necessary, fill up a pot or bowl with water and dump it into the toilet bowl to ensure there is enough water for the plunger to prove effective.

The positioning of the plunger matters a great deal. The plunger's flange should be fully removed from the cup. Move the plunger down low into the toilet bowl at an angle that allows the cup to fill with water. Do not make the mistake of plunging straight down as the cup will trap an abundance of air that compresses and minimizes the plunger's force. Apply the cup to the toilet drain hole to ensure the flanger is within this hole. The cup should form a seal around the entirety of the hole's perimeter.

Grab the plunger with two hands, push down on the cup with considerable force and pull the plunger back up. When pulling upward, take care to avoid breaking the cup's seal with the hole. Perform the push-pull motion at least half a dozen times. Pull the cup up off from the hole after the final thrust. The overarching aim of the plunging process is to generate fast alternating forces of suction and compression within the toilet drain down below to loosen up the clog. However, if the pushing appears to blow out the cup's side instead of downward in the hole, the seal is not optimal. The proper seal is possible with a repositioning of the cup and subsequent plunging attempts. Continue to repeat the plunging motions to ensure the bowl empties on its own.

How to Proceed after the Clog Clears

Once the clog is clear, put the plunger next to the toilet. Take off the toilet tank lid. Pinpoint the circular rubber trap door, also referred to as the flapper, within the center portion of the base of the tank. If the toilet appears to be clogged, this piece will serve as the emergency shut off to prevent additional water flow. Test the toilet by flushing it once. If the toilet flushes as expected, the work is done. Put the lid on the tank and use the toilet as you normally would.

However, if the toilet still has a clog, there is a good chance it will overflow once again. If this is the case, use your hand to push down the flapper over the hole to prevent water from flowing through the tank into the bowl. Once the tank is done refilling, it is time to reapply the plunger.

Erica's Plumbing and Restoration is on Your Side

If your Coral Springs home plumbing is no longer functioning as it once did or if you have any other plumbing issues, do not hesitate to ask for assistance from our professionals. You can reach us by dialing (561) 245-7435.