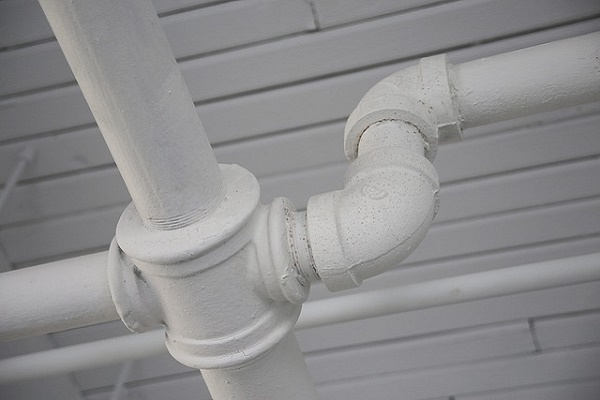 Home plumbing is built to last, yet it will not last forever. If you wait too long to replace your Boca Raton plumbing, the pipes will eventually corrode and subsequently burst, resulting in thousands of dollars in water damage. However, the average homeowner does not understand the multitude of reasons for pipe replacement in Boca Raton. Below, we explain the top reasons why local homeowners have their pipes replaced.

If you spot signs of corrosion along your pipes, it is an indication that the time is right for pipe replacement in Boca Raton. Do your due diligence by taking a look at your home piping from time to time. If you notice discoloration, dimpling, flaking, rust-hued powder, rust marks or blue/green tint, it is an indication pipe repair in Boca Raton or pipe replacement might be necessary.

Recurring pipe leaks are the clearest sign your pipes have rusted and must be replaced. The question is where you should draw the line with pipe leaks. The typical homeowner does not know how many leaks should trigger pipe replacement in Boca Raton versus pipe repair in Boca Raton, FL or no action at all. In general, if your home has two or more leaks across a six-month span, you likely need your pipes replaced. Do not assume you have to spot visible water in order for a pipe leak to occur. A number of other home plumbing signs can tip you off to the presence of a leak. As an example, if your home's water pressure decreases, if there are mold/mildew odors/marks or if the water bills are higher than expected even though you have not altered your water usage, there might be a pipe leak.

When in doubt, run a test to determine if there are leaks in your home plumbing system. Turn off the water appliances indoors as well as outdoors. Walk over to the water meter and watch the numbers. If the numbers increase in the next 20 minutes or so, there is almost certainly a leak. If the numbers rise especially fast in this time period, the leak is likely larger than initially assumed.

3) Water with a Rust Hue

Homes with steel or iron pipes might end up with rust-hued water emerging from the water appliances. If this occurs in your home, it is a sign your pipes have rusted and it is time for pipe replacement in Boca Raton. If the rust-hued water only occurs when using hot water, it is an indication that the water heater, rather than your home's pipes, has rusted out. Lean on a professional to check the integrity of the water heater component known as the anode rod. If this component is rusted, the rust is almost certainly a result of the interior of the water heater being compromised.

4) The Home Is Nearing Half a Century in Age

A home built 40+ years ago likely has corroded piping. The majority of pipes that reach this age begin to corrode. PVC pipes are the only exception. In Boca Raton, pipe lifespans are typical as follows: PVC lasts an indefinite amount of time, copper lasts a decade or two, cast iron typically reaches the 30-year mark, galvanized steel lasts between 25-50 years, and brass lasts 40-70 years.

5) Polybutylene Pipes Should be Immediately Replaced

When it comes to pipe repair and pipe replacement in Boca Raton, our team is revered as one of the best. Trust us with your plumbing/restoration projects and you will not be disappointed. If you notice any of the tell-tale signs detailed above that indicate pipe replacement is necessary, reach out to us right away. We are proud to provide 24/7 emergency service. Even if you simply have questions or concerns about your home's pipes or water damage, we are here to help. You can contact our Boca Raton plumbing and restoration crew by dialing (561) 245-7435.