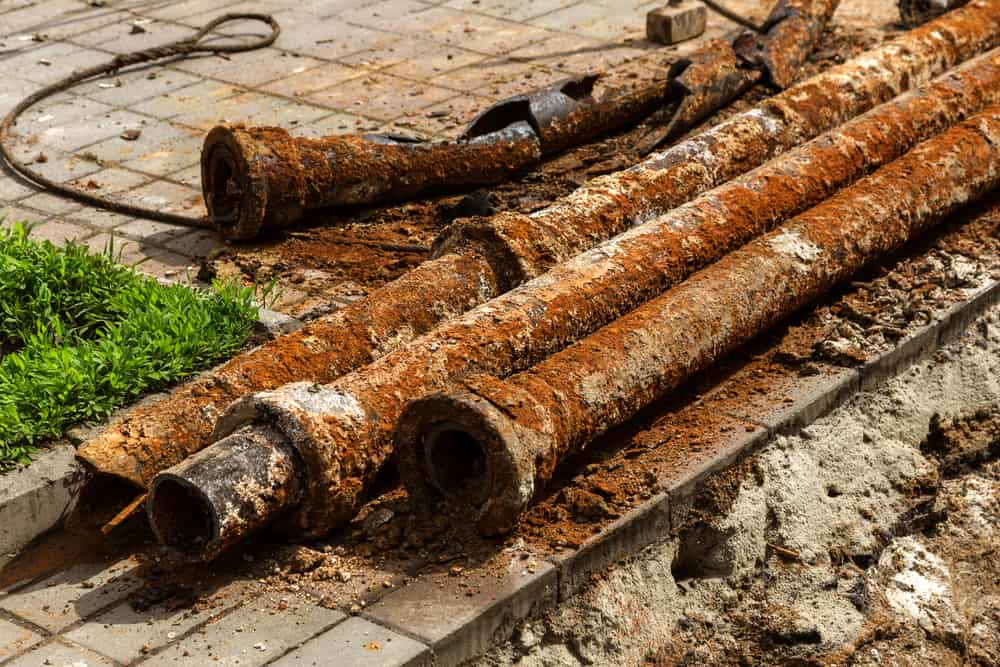 If you are like most homeowners, you assume the pipes below your home will prove functional and reliable across posterity without much attention. However, homes, businesses and other buildings that rely on cast iron pipes in Florida are that much likelier to have significant plumbing problems. Let's take a quick look at the many challenges presented by cast iron pipes in Florida.

There is no sense going to the extent of removing parts of your home to take a close look at your plumbing system when our Florida plumbers can perform a camera inspection at no-cost. However, there are a couple signs of cast iron pipes in Florida that will clue you into whether your home plumbing system is dependent on this faulty material. As an example, if you spot water stains, smell sewage, have warped floor boards, slow drains, backups, clogs or a roach/rodent infestation, there is a good chance your home has cast iron pipes. Even a toilet that requires multiple flushes or a toilet that takes longer than usual to flush is a clue that your home might have cast iron pipes.

For the most part, cart iron pipes in Florida are present on homes and other buildings constructed prior to 1975. Such pipes tend to corrode much quicker than others due to their iron content. The iron results in rusting that leads to leaks, cracks and burst pipes. Sadly, millions of homeowners across the nation have a sewage leak resulting from such inferior pipes that goes undetected. The problem with cast iron pipes is that they are hidden so you won't notice the signs detailed above until the damage has already occurred. Once such damage occurs, the only solution is an expensive repair project. This is not any old home repair; reaching the cast iron pipes necessitates additional repair projects. In some cases, such work spurs the need for comprehensive interior remodeling. If cast iron pipes have led to rats, roaches or other vermin invading your living space, the problem is compounded as it will be necessary to contact an exterminator.

Why Cast Iron Pipe Deterioration is Such a Problem

Cast iron pipe deterioration results in the bottom part of the pipe thinning out to the point that pin holes begin to form. Interior scaling takes place, slowing the movement of solids. Water will eventually move out along the pipe's pathway, washing away the soil that is supposed to provide support. The end result of cast iron pipe deterioration is a collapsing of the pipe and the development of diminutive sinkholes. This is precisely why timely cast iron pipe replacement is necessary.

Let our Florida plumbers take a look at your plumbing system with a comprehensive no-cost camera inspection. If we find cast iron pipes in Florida, we quickly replace them with better pipes that prove functional across posterity. Though such a replacement requires the cutting of the home slab and a removal of cast iron, this presents the opportunity to lay brand new piping atop fill that is compacted at just the right level. This is a messy project yet we are more than willing to do it on your behalf.

Cast iron gradually wears away to the point that it will cause blockages and all sorts of other problems. From high water bills due to leaks to pipe that corrodes shut, sewage leaking into the ground and beyond, the number of problems resulting from cast iron pipes is seemingly endless. Most of these problems occur out of sight so they tend to be out of mind. Let our Florida plumbers det gown below the floor to inspect your pipes and we will determine if your home has the dreaded cast iron pipes and replace them on your behalf.

The typical insurance policy covers damage resulting from cast iron pipes in Florida. Ideally, insurance will cover the cost of replacing every single cast iron pipe on the property. However, there is a chance the insurance provider will only cover a part of the repair costs or completely deny the insurance claim. Insurance companies base such denials on the supposed damage as well as timeliness. If you do not file your claim when the water damage is clearly visible (meaning the initial 72 hours), the insurance company might deny your claim, stating you failed to perform regular upkeep on your home. This is precisely why you should lean on our team to determine if you have cast iron pipes in Florida.

We will determine if such flawed pipes are at your property in a timely manner to facilitate a successful insurance claim. There is also the possibility that the insurance provider is only willing to pay for clear and obvious damage. If you decide to take legal action against the insurer, the documentation provided by our professional plumbers in Florida will help you obtain the compensation you need and deserve for truly reliable plumbing.

If your home, business or other buildings has cast iron pipes or if you are suspicious such pipes are present at your property, do not wait until something goes terribly wrong. Be proactive by reaching out to our plumbers for assistance with cast iron pipes in Florida. You can reach us by dialing (561) 475-1251.