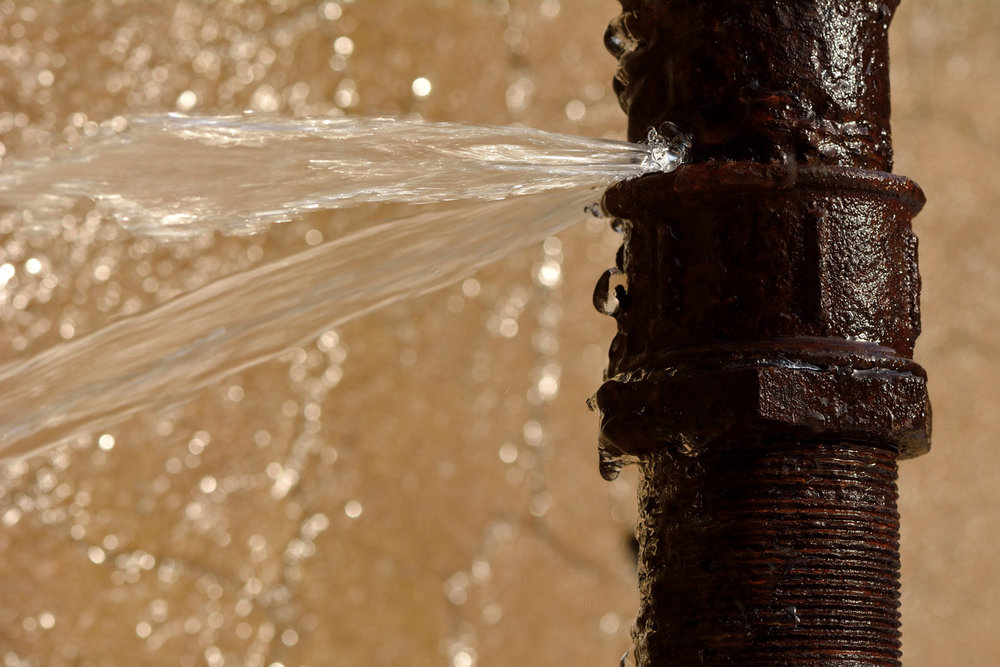 Plenty of homes, businesses and other buildings in Florida have cast iron pipes. However, most local property owners are unaware of the fact that such cast iron pipes are beneath the floors below and within the walls of the building. In general, buildings constructed before 1975 have a good chance of containing cast iron pipes. However, there is no guarantee your home or other building built around this time period has these problematic pipes. When in doubt, lean on our Florida plumbers to determine if the pipes in your home are comprised of cast iron.

Part of the problem with attempting to determine whether your home or other building has cast iron pipes is the fact that such pipes are concealed. However, some cast iron pipes are visible near the laundry in the form of a standpipe positioned to the rear of the washing machine. There is also a chance that plumbing fixtures' exposed drain pipes below the home's crawl space will be cast iron. In some homes, cast iron is clearly visible within the attic as it is used in the form of a vent pipe that moves through the roof. However, such obvious cast iron pipes are not present in every single Florida home.

Though some homeowners are willing to pull up floorboards to determine whether their home has cast iron pipes, most are unwilling to go to such an extreme. Cast iron pipes are easily recognizable as they have a black finish along with a bulge at each section of the pipe known as the hubs. However, there is the potential for rust that forms along the surface to wear away at the cast iron's black finish, making it rust-hued.

Erica's Plumbing Will Determine if You Have Cast Iron Pipes

Unlike many other Florida plumbers, we refuse to stretch the truth or lie to you to secure your business. If you would like to see the results of the camera inspection, we will show you the footage so you know exactly what pipes are at your property and the condition they are in. It is possible your Florida home has cast iron pipes with corrosion that has moved through the entirety of the pipe, permitting sewage to drip outward.

Assume the Worst and Hope for the Best

Signs of Cast Iron Pipes at Your Property

In some cases, Florida homeowners are tipped off to the presence of cast iron pipes by a few subtle and some not-so-subtle clues. As an example, if you find yellow or brown-hued water emanating from your taps, it is a sign cast iron pipes are at your property. Such discolored water typically results from corroding cast iron pipes. If you have frequent plumbing leaks, sulfuric acid might have damaged your cast iron pipes. Even a drain or toilet that is backed up or slow to drain is a clue that the cast iron pipes have been compromised.

Mold is a clear indication of a plumbing problem. In some cases, the presence of mold is a clue that your Florida home has cast iron pipes. Unfortunately, mold has the potential to grow when the humidity level is a mere 55%. Furthermore, odor emanating from cracked pipes is an indication that your home's cast iron pipes need to be replaced as soon as possible. It is even possible a lovely-looking lawn is a result of compromised cast iron pipes. Your eyes are not deceiving you; you read that last sentence correctly. Sewage serves as a natural fertilizer for the grass as well as other forms of vegetation. If you have not made any improvements to your yard and it looks better than usual or if you spot patches of lush green grass, it is a sign your plumbing system might have cast iron pipes that have been compromised and require immediate replacement.

Our Florida plumbers are here to help you determine if your home or other building has cast iron pipes. Reach out to us today to schedule a no-cost camera inspection of your plumbing system. If such pipes are present, we will replace them in a timely and thorough manner on your behalf. You can contact us by dialing (561) 475-1251.